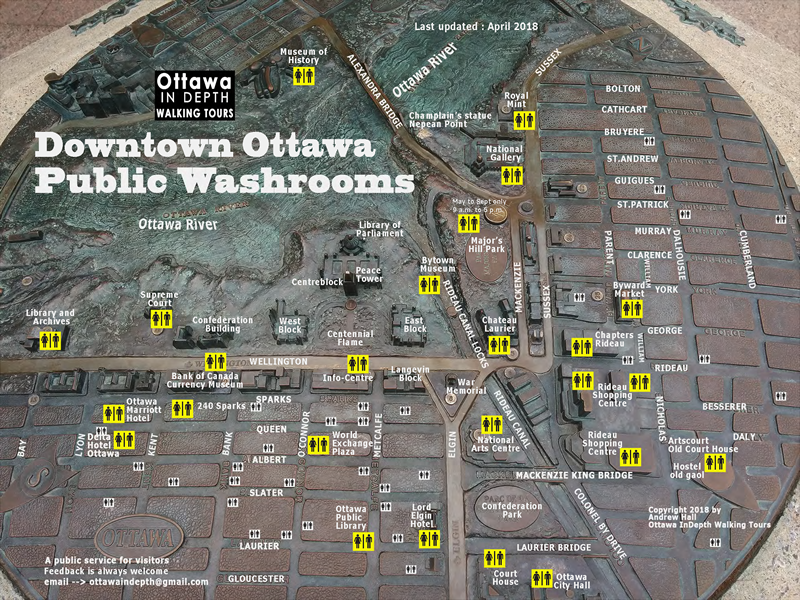 The ‘Downtown Ottawa Public Washroom Map’ was created by Andrew Hall and published in the website Ottawa In Depth Walking Tours as a free public service for visitors that shows public and publicly-available washrooms in Ottawa’s downtown.

This is the best map of downtown Ottawa Public Washrooms found by the GottaGo! core team.

The LRT system now has public toilets at the Blair, Hurdman, Bayview and Tunney’s Pasture stations. 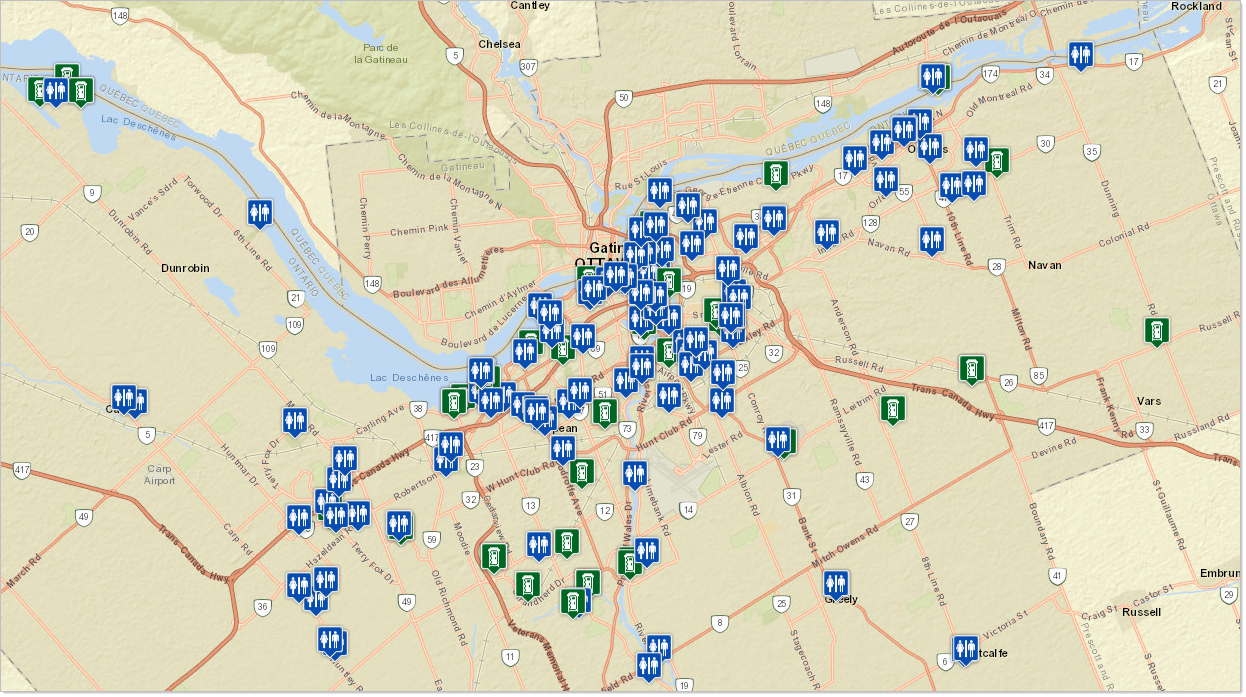 The City of Ottawa has also released data on municipally-owned toilets in Ottawa. Public Washrooms. 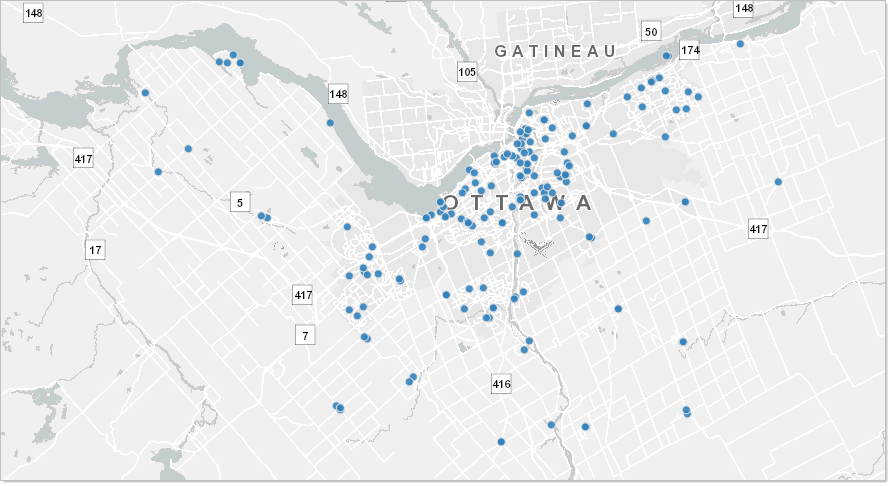 Many are open only for a few weeks in the summer or only during program hours, there are no adult changing stations and only a few baby-changing washrooms.